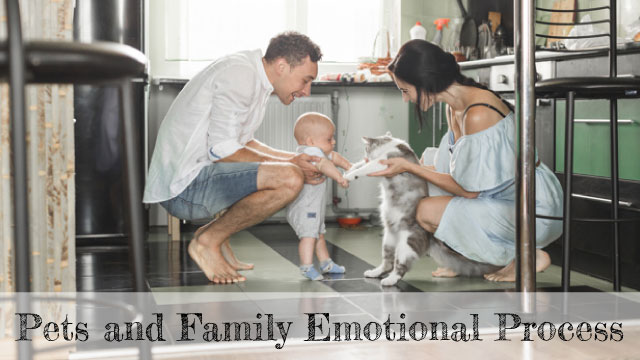 In present day society, household pets have become increasingly important members of many families. Although pet animals do not need to work for their living like farm animals, they still serve important functions within the family. Pets provide companionship, act as aid to health and relaxation, and sometimes serve as guide and protection to their owners. (Walsh, 2000). Pets are a good source of non-judgmental acceptance, love and loyalty, something for the owners to love and nurture, and an outlet for pleasure and entertainment. (Soares, 1985) Numerous therapeutic values have also been ascertained from the interaction between owners and their pets. (Walsh, 2009).

Pets are adopted into families during various stages of the family’s life. Cain (1985) noted that significant nodal events can usually be found during times of adoption. For example, when children have reached the age to learn responsibility, when children leave
their parental home to prevent an empty nest syndrome, when a death or illness occurs in the family to provide companionship, or at other significant transitions of life. (Walsh, 2009)
As a significant member of the family, pets are automatically drawn into family triangles. When tension between two family members builds up, one member of the family may reach out to their family pet for comfort or outlet of frustration. This diversion eases the
tension between the two conflicting family members. Examples of pets trying to get between its master and mistress are also not uncommon.

Patterns of emotional process between humans can similarly be seen in the interactions between owners and their pets. When dogs and cats are annoyed at their owners or ashamed at the mischiefs that they have done, they can shy away from their owners. The dog of one my friends likes to run away whenever he is annoyed at his owner. Animals are often locked away by owners when they are angry at their pets. Occasionally we hear of domestic violence between humans and animals in terms of masters canning their pets or their pets biting their owners. These are certainly emotional distancing or conflicts in the nuclear family emotional process between them.

It is not uncommon for pets and their owners to have strong emotional bonds between them that one may not be able to get over the death of another. We have heard of the famous Japanese Akita dog Hachiko, who faithfully waited at the railway station for his owner to return for more than nine years after his owner’s death. Some humans said that they could never have another animal after their beloved pet had died because they could not take the heartbreak of losing their furry member at their demise. There are also extreme versions of the owners having their pets stuffed as specimens. Someone once mentioned that she had her cats cremated and had instructed for their ashes to be buried with hers when she dies.

The societal emotional regression has also affected how we treat our pets. When we see a pram on the street, we might have to look twice to see whether it is a baby or an animal that is inside. Animal couture is a hugely lucrative business ranging from tiaras, necklaces, shoes and all sorts of fashion wear for pets. Some pets have become so lazy that they simply refuse to walk on their own.

Research by Liverpool John Moores University (LJMU) has found that animals may share the same emotions as humans. (Phys.Org. 2005) When caught within the same emotional field, animals and humans display similar emotional patterns as those between humans in the same system. It is interesting to note that Dr. Aureil at LJMU says that “the more we discover about how animals… use emotions to make social decisions the more we learn about ourselves and how we operate in the social world.” Perhaps likewise we may be able to grow towards differentiation of self through our interactions with them as we do with humans. I know I certainly have. If you would like to know how to do so and are interested to learn Bowen theory through studying the interactions with your pets, do let me know. We
sure can study this topic together.